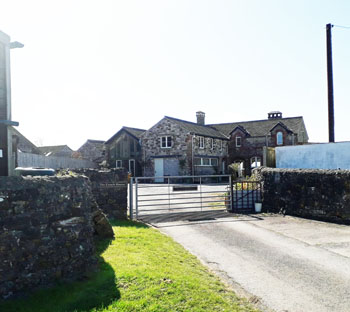 Malvern Lodge is a Grade II listed building within a cluster of buildings that have developed over the years.  It includes a farm and associated buildings as well as residential dwellings. The building is thought to be early 19th century with later additions, possibly a rebuilding of an earlier house.

The view of Malvern from the Chew Hill road.