To make a purchase contact cora@malvernspa.com Alternatively you can add the titles required to your shopping basket where you can pay by PayPal or plastic. OR send the titles required, your name and address, and a cheque for the required amount payable to Cora Weaver, to 4 Hall Green, Malvern, Worcs. WR14 3QX. Books are dispatched on receipt of the order and the price includes postage and packing UK.
CLICK ON THE SHELF BELOW TO FIND YOUR SUBJECT.

NEW
Florence Nightingale (1820-1910) is best remembered for her work in the Crimean War hospitals, nursing sick and wounded soldiers. By the time she returned to England in 1856, a combination of the dreadful conditions at the Barrack Hospital at Scutari, and a severe illness that she had contracted in the Crimea, resulted in the complete breakdown of her mental and physical health. Ten times she visited the spa of Great Malvern to recover, and in Florence Nightingale and the Malvern Water Cure, Cora examines Florence's illness and how she tried to resolve it. The book also reveals many previously unpublished facts about Florence's life in Malvern. The price below includes dispatch direct from Malverrn 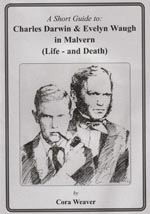 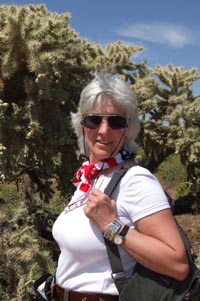 Brief guide, with illustrations and map designed for day or weekend visitors to Malvern. Darwin came to Malvern for spa treatment on several occasions and brought his daughter here for similar treatment in 1851. She died while in Malvern and her grave is in the Priory churchyard.
The book includes a map of what to see as well as many black and white illustrations. 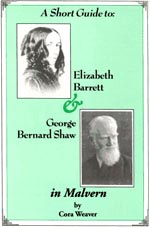 Brief guide with illustrations and map, designed for the day or weekend visitors to Malvern. Find out where they stayed, people and places they visited and what they wrote in or for Malvern. 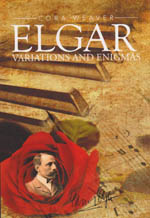 This book examines why Elgar's engagement to Helen ended and why she left Worcester. It investigates Helen's enigmatic friend from Bradford, Annie Groveham. There is new information about Helen as a musician and previously unpublished photographs.

There are about 100 prolifically illustrated pages.
Size: 15cm x 23 cm. 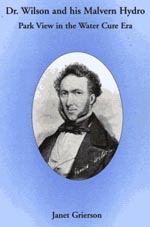 Well researched look at the life and work of Dr Wilson, a hydrotherapy pioneer in England; also investigates the work of other hydrotherapy doctors in Malvern in the late 19th and early 20th centuries. 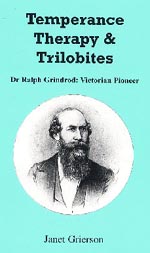 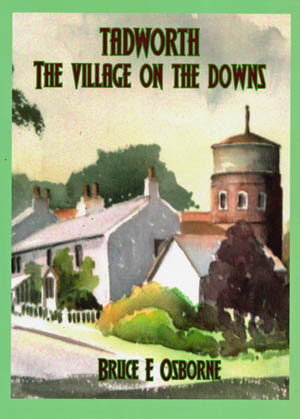 Tadworth - The Village On The Downs
Dr Bruce E Osborne

This book traces the late 19th and 20th century development of a village on the North Downs. From a railway station and a water tower,Tadworth has become a desireabe residential area lying adjacent to large areas of open heathland yet within easy reach of London and the south-east. First published in 2015, this 2016 edition has 48 pages and is A4 in size, with colourful illustrations.