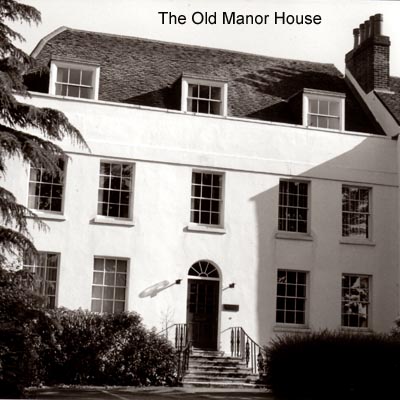 The manufacture by evaporation, of common salt, sodium chloride, was a well established process long before Nehemiah Grew adapted the technique for the abstraction of Epsom Salts from mineral waters. Before the advent of chemistry the molecular formulas of the various salt compounds obtained in the process of evaporation were unknown. In order to try and make sense of their make up, the distinction between compounds was based on observed physical properties and effects, both on living creatures and on other compounds. All sulphates became generally recognised and known as alums, and only later was a chemical distinction determined.

Agricola, writing in 1556, discusses the nature of evaporation pits and how sea water can be made to flow into such pits; also how well-water and spring-water had been used by the ancients in Babylon and Cappadocia. Heat from the sun or from fire provided the necessary energy to drive off the water content. Agricola then goes on to describe the finer details of salt manufacturing at the time.[1]

The artificial manufacture of the compound to which Epsom gave its name to has long turned its back on the town. Epsom salts were never produced in any volume in Epsom and the twentieth century saw the establishment of the manufacturing process in the industrial north west. Early production, following Grew's first evaporation of the mineralised water in 1675, was based on sea water at locations such as Portsmouth, Newcastle and Lymington.

The close of the 18th century saw chemistry providing more accurate understanding of chemical compositions. By the mid nineteenth century a substantial industry had emerged. Natural supplies of the compound had been identified in the mineralised waters of Seidlitz, Leydschutz and Egra. Muspratt's Chemistry (c.1858) included under Magnesia a section on Epsom salts and it is apparent that a number of industrial methods by then existed for the manufacture of the artificial salts.[2]

Magnesium sulphate, as it was known, could be obtained by the action of sulphuric acid on calcareous rocks rich in carbonate of magnesia such as dolomite limestone. This was thought similar to the natural processes that created the salts whereby calcium sulphate occurring naturally was transformed to magnesium sulphate through an ion exchange process with magnesium carbonate. This method of production was adopted in Newcastle upon Tyne. Of the 2,000 tons of Epsom salts produced in Great Britain in a year (c.1858), the Jarrow Chemical Company of South Shields produced half. Variants on this method incorporating other compounds gave bicarbonate of soda as a by-product.

The Lymington Salt Co. of Hampshire used the more traditional process, in the winter months. Here the compound was known as "physical salt" and the manufacture was based on the evaporation of sea water. "The liquor is boiled for some hours in pans used during the summer months for the preparation of chloride of sodium. During the ebullition, some chloride of sodium deposits. The lighter impurities are separated by skimming, and the strong solution is removed into wooden refrigerators, where, in a day, one eighth part of crystals of sulphate, called single Epsom salts, or singles, are deposited. These are drained, dissolved, and recrystalised; they are then termed double Epsom salts, or simply doubles"

30th Aug 1859 Lady Somerville records in her journal that "we all set out to walk on the Salterns, a sort of mushy common - and met Captain Balfour walking from Lymington where he is living, with Mr Clifford / son of Sir Augustus / and a boy Wemyss. He showed us the salt drying pans made of iron, with furnaces beneath which cause the water to evaporate and leave the salt - which is heaped up in a warehouse and shipped off - the sea water is pumped up by a windmill into the pits - The men told us it was very hard work, for as the fires must be kept burning, they can never undress from Monday till Saturday, but only lie down in their clothes."[3]

Other manufacturing methods included the use of schitose minerals, which were roasted. This occurred near Genoa. In Baltimore the magnesium sulphate was produced from marmolite. This was a variation on the dolomite method.

In England industrialists had devised a further method of its manufacture near Whitby from refuse alum liquors. A soup of sulphates which included those of magnesium, aluminium, potassium, manganese, nickel, cobalt and iron together with sulphuric acid were crystallised to give a crude sulphate of magnesia known as "rough Epsoms". Magnesium limestone was added and the whole subjected to a furnace. The calcined product was then crushed and hydrated. Recrystalisation was then instituted in pans and the Epsom salts removed in the manner of Lymington. Sieving with a riddle produced a uniform small crystal.

Muspratt identifies the use of "mock Epsoms" for adulterating manufactured Epsom Salts. The method was to rapidly crystalise sodium sulphate. This gave small crystals with the cursory appearance of Epsom salt. Sodium sulphate however does not produce the same relaxed, safe purge as magnesium sulphate. It purges, but less satisfactorily, causing gripes and nausea. Any adulteration of magnesium sulphate therefore destroys its favourable physiological effects. This confirms the likely events of the first artificial manufacture of Epsom salts in the late 17th/early 18th century. The temptation to adulterate the product deliberately or unwittingly through natural adulteration, would have reduced the quality and reputation of Epsom salt as a favourable purge. This reputation for Epsom Salts was lost to the considerable disadvantage of Epsom Spa. The scientific explanation now appears apparent and we can put the efforts of the Moults manufacturing artificial Epsom Salts and others into a technical context. This important point gives a clear explanation for one of the principal reasons why the public at large came to distrust Epsom salts in the 18th century and why the Old Wells were promoted as a reliable source, having stood the test of time.

By the late twentieth century the industry relied on two principal suppliers, Harris Hart and William Blythe, both based in Lancashire, who produce and purify the salts. The salts are then bulk packed in 25 or 50 kg. polythene lined bags or fibre kegs. In addition Thornton & Ross of Huddersfield were the main packers of retail packs for the pharmaceutical market, using Epsom Salts from the principal suppliers.[4] Blythes being the larger of the two manufacturers offered two grades of product, technical and BP. Harris Hart had been manufacturing Epsom Salts since the turn of the century. They prided themselves in a more personal service and offered magnesium sulphate exsiccated powder with variable molecular water content and crystals in the usual form of heptahydrate Epsom salt.

Uses to which Epsom salts are put are extensive. Such applications reflect the value to humankind of the miracle mineralisation originally secured naturally from the well on Epsom Common. The brewing and distilling industries use it as a magnesium source in the growing of yeast. The agricultural industry finds it of value as a magnesium animal feed supplement and for correcting magnesium deficient soils. It is used as a cathartic and as a constituent in laxative formulations by the pharmaceutical industry and as a process chemical in the manufacture of soaps. It is used in the manufacture of rayon and transparent paper. In rayon spinning baths, it aids viscose coagulation. The textile industry uses Epsom salts as a weighting agent. Epsom salts are also used in dyestuffs, both in manufacture and in some dying and finishing processes. Its ability to soften the colour on sole leather finishing processes and as a weighting agent is of benefit to the leather and tanning industries. Elsewhere it is used as a drying agent for glue. The construction industry uses it as a process chemical in the manufacture of magnesium oxy-chloride cement compositions and in certain magnesite bricks, tiles and refractories. One of the more interesting recent developments is in flotation tanks for therapeutic relaxation.

It can be seen that a wide range of industries are able to utilise Epsom Salts to advantage and it is ironical that the latest developments are in the health sector. With such a legacy, the town of Epsom is remarkable deficient in evidence of its distinguished past. Even the famous well occasionally appears to suffer from deterioration due to lack of care.

During the 1980s Maurice Exwood, Dr Lehmann and others attempted to reconcile the historic analysis of Epsom mineral waters with the modern day equivalent. The opportunity came in 1989 when the well head at the Old Wells was replaced. Samples taken were analysed by public analysts for magnesium and sulphate levels. The conclusion was that the water still contained the essential mineralisation at 1.42 grams/litre, albeit far weaker than had been historically recorded. The explanation for this is simple. The well had remained dormant for many years and surface water would have entered the chamber. This dilutes the mineralised water entering from the aquifer. Unless the well is pumped extensively before sampling, the concentrations of any such analysis will be suspect.

Observations:
In a well water, magnesium and sulphate ions are derived from other chemical formulations besides magnesium sulphate. Assuming all the magnesium is from magnesium sulphate, the latter's equivalent concentration as MgSO4 would be approximately 1,420 milligrams/litre.

The built environment around the town has faired better than the ancient well. As indicated previously, little remains of Livingstone's New Wells and the location of his water source has been lost. The careful observer can discover town centre buildings from the spa era. A number have already been identified earlier in the text. In particular Waterloo House in the High Street is the oldest surviving spa Assembly Rooms and Inn in the UK. Using a photographic record which is displayed above, having been taken in the late 1990s, other surviving buildings include the following.

The Old Manor House and White House stood adjacent to Livingstone's New Wells and were accessed from a lane which ran alongside the Albion Hotel. The buildings survive in West Street.

109-113 High Street incorporates buildings contemporary with the spa. This is now Waterstones Bookshop.

The Marquis of Granby at the junction of West Street and High Street dates from the early 18th century. This ancient hostelry is succumbing to the late 20th century fashion of being called the "something and Firkin". No doubt this era in its designation will soon pass.

26-28 South Street has a late 17th century facade behind the single storey shop.

55 South Street was reconstructed in the late 1980s but its original symmetry can still be discerned.

The Chalk Lane Hotel is an early 18th century building.

In Waterloo Road, heading north from the traffic lights in the town centre, nos. 16, 28 and 30 are early 18th century buildings.

The Old Pines, The Parade, is a much altered early 18th century building.

No account of Epsom Salts would be complete without mentioning of the recent discoveries of space technology. The spacecraft Galileo recently made interesting observations about Europa, one of the moons of the planet Jupiter. The Near Infrared Mapping Spectrometer survey indicated a water-ice surface. In conjunction with density and gravity data this is interpreted as an iron rich core with silicate mantle overlain by what is probably a liquid water ocean with an ice covering. The ocean is likely maintained as a liquid due to hydrothermal and volcanic activity at depth. Mapping suggested distinct, substantial areas of non-ice material. Spectrum analysis indicated that this material is varying forms of hydrated Epsom Salts and Bath Salts (sodium bicarbonate). This is explained through a number of mechanisms such as flash evaporation, freezing and sublimation causing these deposits from solutions originating from the ocean beneath the ice crust. Epsom Salts have also been recovered from meteorites.[5] Epsom's claim to fame has taken on a truly intergalactic dimension.