During October 2011, a local treasure, the Stone Bottle Fountain, returned to Malvern.

Schweppes began bottling Malvern spring water in 1850, and in 1892 built a water-bottling factory at Colwall. In 1987 the brand and the factory was taken over by Coca-Cola Enterprises. When the factory closed, in October 2010, many local people were concerned about the future of the factory site and its heritage artefacts.

Friends of Malvern Springs and Wells, with the support of Coca-Cola, ensured that most of the historic artefacts were deposited at , and the archive deposited at the Country Record Office.

The exceptional artefact was the Stone Bottle Fountain, which stood outside the factory's main entrance. It depicts a Malvern Water bottle, and was sculpted in stone by local stonemason Darren Bennett.

When it was revealed that the Colwall site would be sold for possible development, Friends of Malvern Springs and Wells had the two and a half ton fountain removed to a safe location outside Malvern, while a suitable alternative site was found for it. In 2011, The Friends, working with Malvern's Three Counties Showground management and , ensured a permanent site in a rustic garden designed by Paul Taylor of . Paul's purpose made garden is just inside the main south gate at the showground.

On Thursday 10th May 2012, the bubbling, floodlit fountain was once again on display, in time for the Malvern Spring Gardening Show Gold Day. The fountain and its accompanying plaque were unveiled at 3pm. by the Bishop of Worcester. Thereafter the fountain is being seen by hundreds of thousands of visitors, and is a fitting tribute to 160 years of Schweppes Malvern Water. 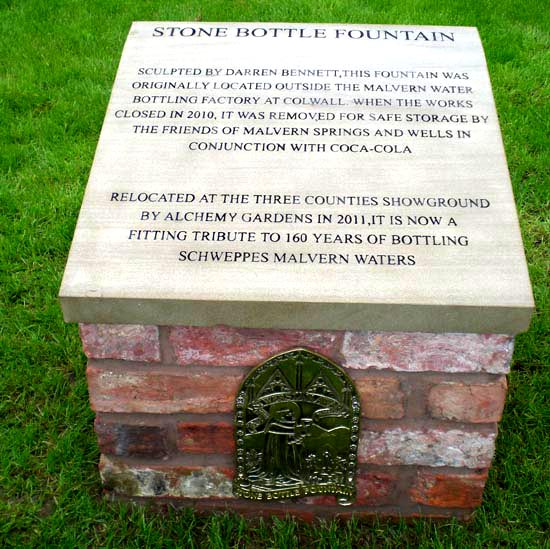 A tribute to 160 years of Schweppes bottling Malvern Waters. 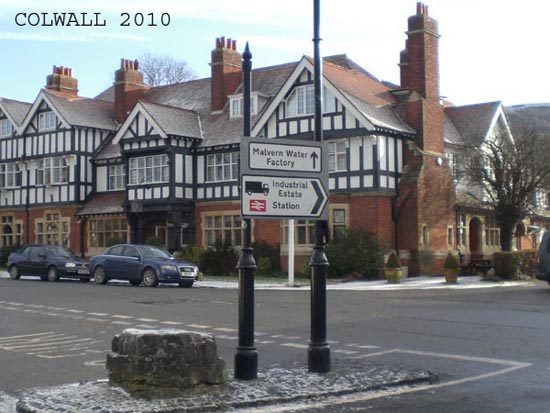 Nostalgic reminder of the bottling works, closed in 2010. 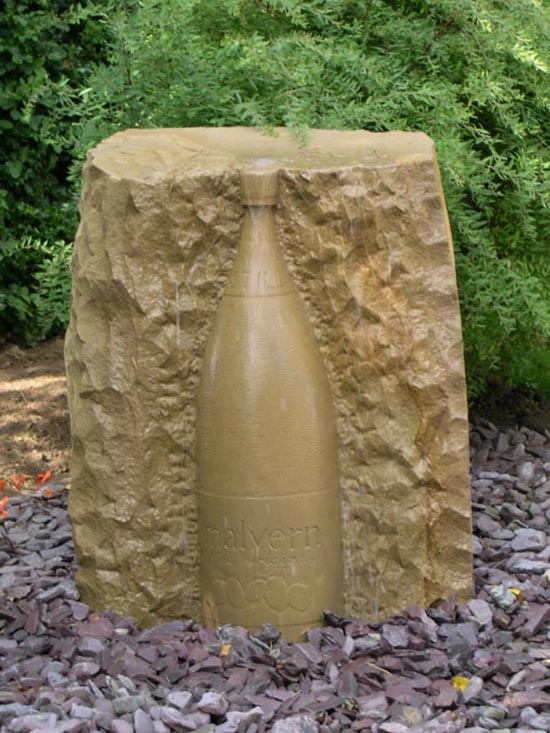 The Stone Bottle Fountain outside reception at Colwall. 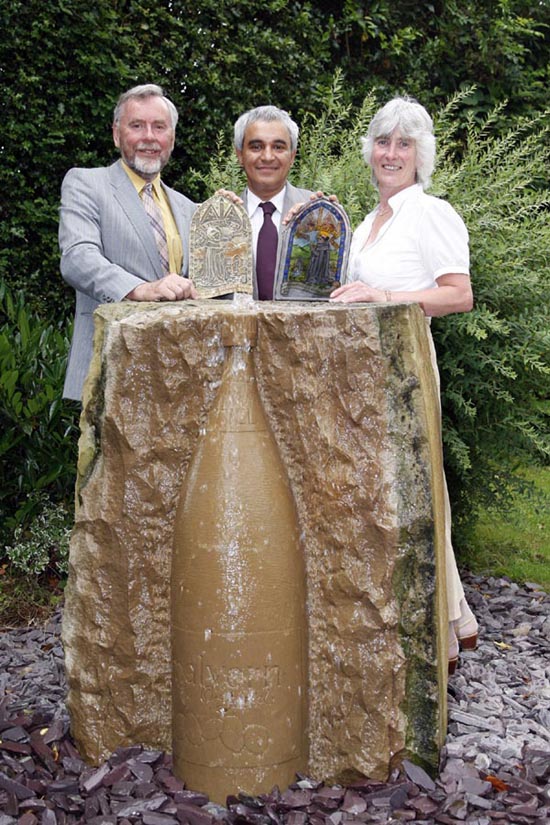 Sanjay Guha, President, Coca-Cola Great Britain & Ireland visited the Malvern Hills and the bottling works at Colwall to receive a St Werstan Award in recognition of their stewardship of Malvern's most famous water, 2008. With Sanjay are Cora Weaver and Bruce Osborne. 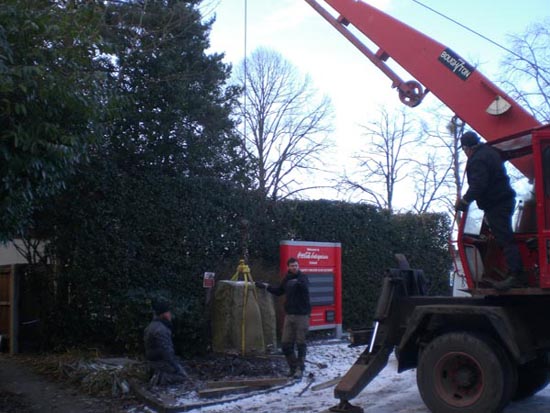 Removing the fountain before the site was sold, one cold winter afternoon. 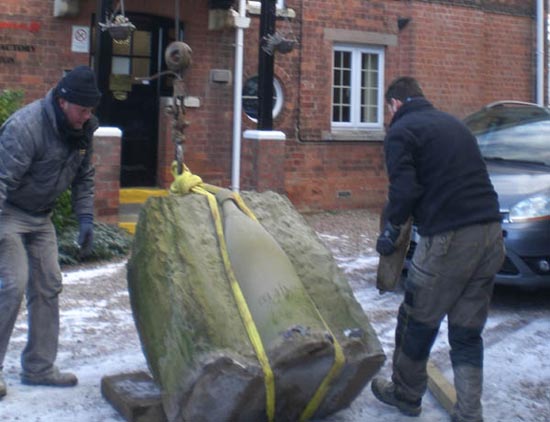 Two and a half tons of Yorkshire stone on the move. 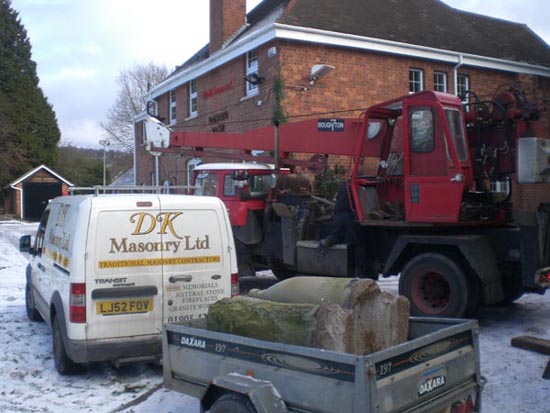 Off to a secret location for safe storage. 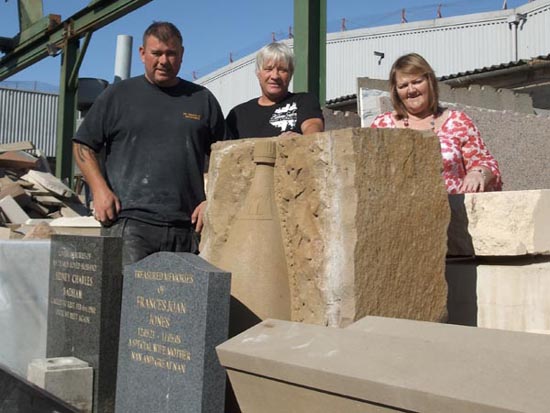 In the safe custody of the stonemasons. 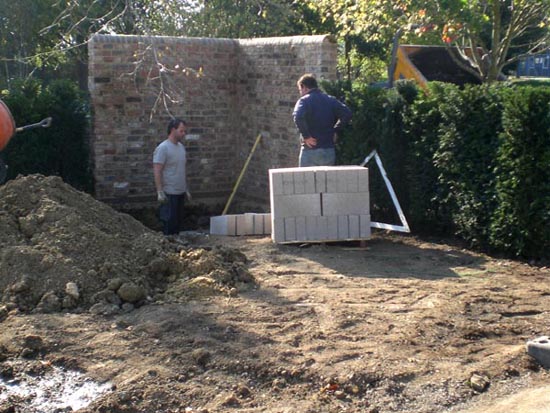 Preparing the new site at the Three Counties Showground. 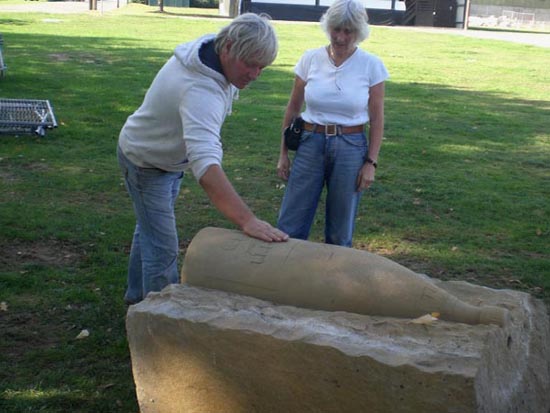 The fountain arrives at the Three Counties Showground. 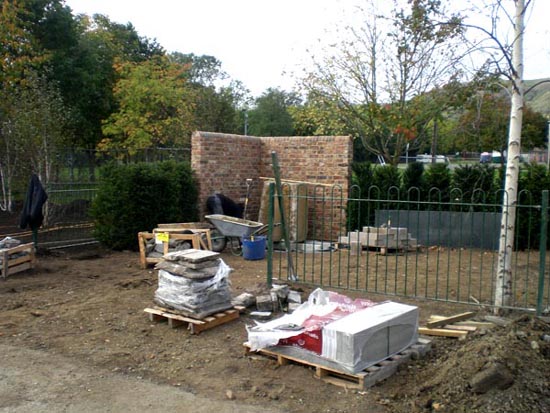 The fountain is located in position. 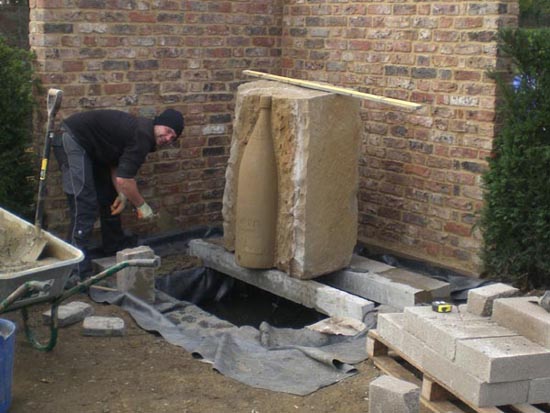 Now to landscape the garden and secure the fountain. 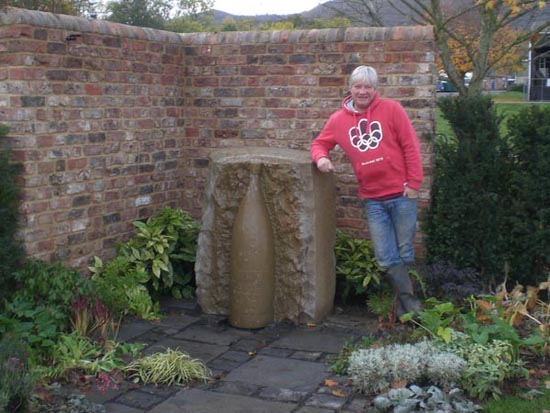 Paul from Alchemy Gardens shows off the finished installation. 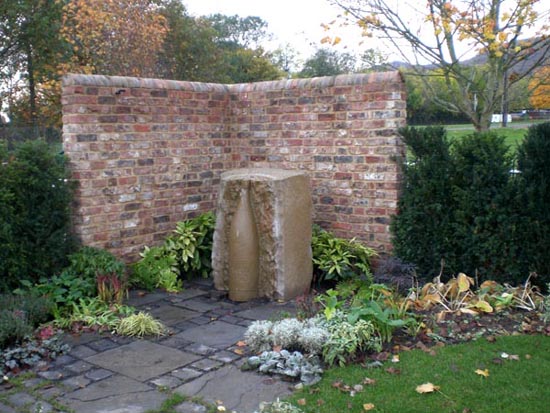 The finished fountain and garden. 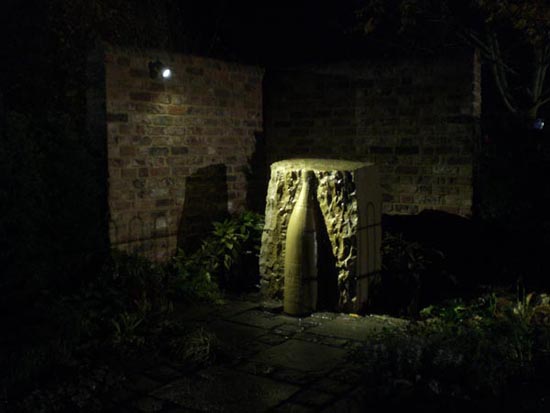 Ready and floodlit for the Fireworks Celebrations, November 2011. 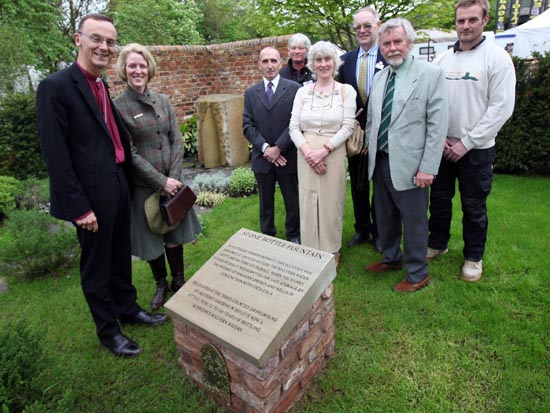 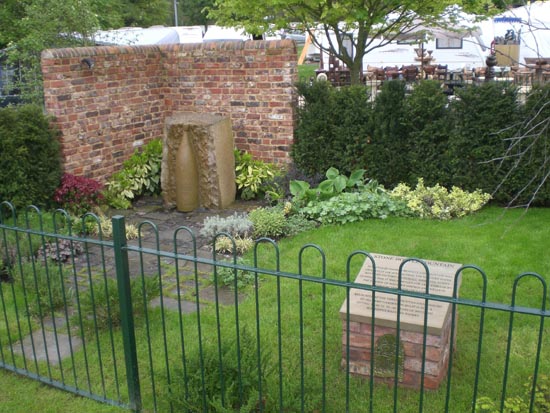 The fountain awaits hundreds of thousands of visitors.
Click on Website below or the top banner to go to the DISCOVERY TRAIL INDEX of springs and wells.