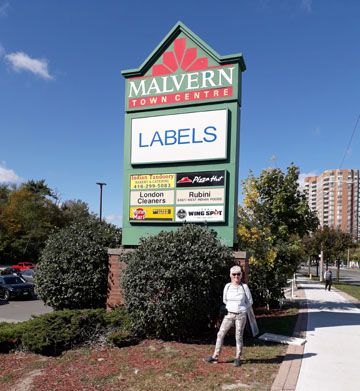 The main city of Toronto lies on the shores of Lake Ontario. Malvern is to the east of Toronto in the Scarborough district.
Malvern was formally named when David Brown who ran a general store became postmaster of this developing nameless hamlet in 1856/7. He was apparently born in Malvern Link, a suburb of Great Malvern, England. At the time, growing flax and hemp for making rope and linen where the principal occupations.  In the 1850s the township grew around what is now the Sheppard Av. and Markham Rd. area with a small population of about 125.  The year 1872 saw the establishment of the schoolhouse which exists to this day. Development of the area in the 1970s and 1980s resulted in urbanisation with many new houses and apartment buildings together with supporting infrastructure. 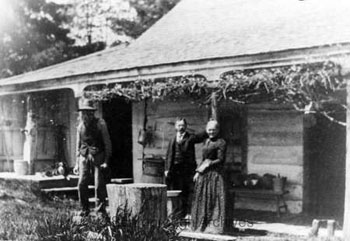 Picture left: Amongst the earliest settlers was the McCowan family in 1833. They originated in Scotland. Their original log cabin has survived to this day and is now located at the Scarborough Museum where it can be visited.

Now a suburb of Toronto, the population is over 44,000. It is bounded by Hwy. 401 to the south. Visitors will find a modern library and school as well as extensive modern housing. Once it had a reputation for being an insecure community but today, with its two shopping precincts, it shows little sign of what were perhaps earlier problems as we found out during a field trip in 2019. In recent years it has accommodated many immigrants, more so than any other region in Toronto.  Malvern is now considered the epitome of a diverse Canadian society and has been the home of many successful writers, entrtainers and sports personalities. 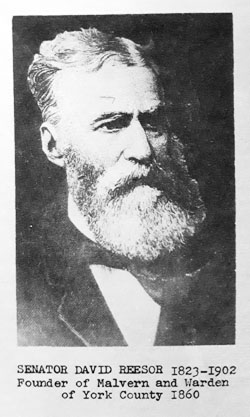 Our chief point of local contact for Malverns Worldwide was the library and the staff exchanged gifts with us. We also enjoyed the company of local inhabitants during our exploration and this reinforced our liking for this clean and tidy suburb. 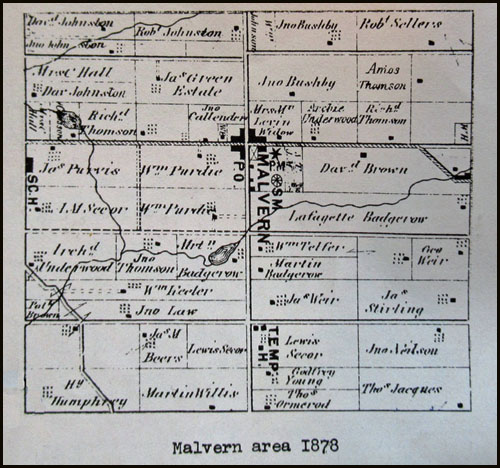 We had an interesting incident in a locality near Toronto. We parked on a quiet roadside to nip to the toilet in Oakville on the lake side.  When we got back we had a 50 dollar parking ticket in spite of the sign saying two hours. Reading it we discovered that it was for parking back to front; something we do without thought in the UK! We nipped into the Council Offices on the way to the car hire drop off and they offered us a session with their officer the following day! It was easier to pay the fine than delay our departure. No wonder Canada is such a clean and tidy place - they are very strict. But this incident does enable us to understand more about how immigrants felt when they first arrived in Malvern a few decades ago....