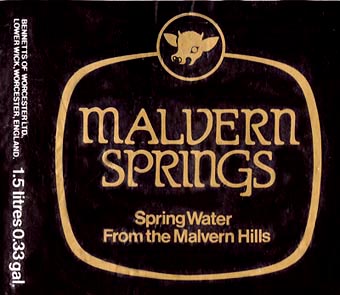 In the past a new service reservoir was planned for installation between Old Hollow and Cowleigh Road, to the rear of the fountain. Unfortunately the ground slipped, the project was abandoned and the ground reinstated. After this incident the flow at the spouts diminished considerably.

Circa 1982 Bennetts Dairies of Lower Wick reached an agreement with the Madresfield Trust to bottle water from the local spring for distribution on their milk rounds. A drainage system installed behind the spout collected water from five springs on the hillside. The water was then piped to the overground tank/reservoir in what is now the car park, from where it was transported by tanker to the bottling plant at the dairy at Lower Wick. The reservoir at the spout was yielding as much as 3,000 gallons per day and about 500 gallons per week were bottled. The bottling enterprise soon proved to be uneconomical, which was not helped when the spout went dry during the droughts of the late 1980s. A further complication was the introduction of two European Directives 80/777/EEC 80/778/EEC. Addressing the bottling of spring water, the Directives eventually became law in 1985 and placed legislative restrictions on conveying water for bottling.[1] The bottling project was abandoned.

There is a good illustration of the spout in the book detailed below. 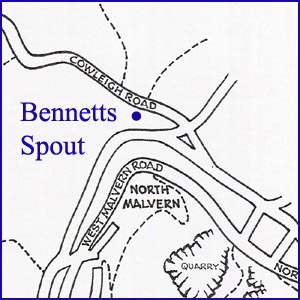