Visible as you enter the main gates of the property, at the back of this amazing ornamental bronze well head is a spout and basin. This indicates that the feature was designed for a pressurised water supply although it has never been known to flow.

The Historic St John's Well also known as Miss Waldron's Well - The origins of water on this site can be traced to an earlier era. On the site of Davenham, the 1831 Foley estate map of Malvern shows a property known as Pomona Place, formerly occupied by surgeon, William Waldron, a local surgeon in the 1820s. In the grounds was a notable spring of water identified by John Chambers in 1817 as St John's Well.[1] Richardson, in his 1930 appraisal of Worcestershire springs and wells reports a Miss Waldron's Well at Pomona Place.[2]

St John was traditionally "the voice crying in the wilderness" and was a popular chrisitian dedication. Graham Jones suggests that about five percent of dedications were to St John with an emphais towards the west of England. Also the saints link with baptismal and healing wells would be appropriate for a source that was once in the wilds, well away from any village community. There is also another factor identified by Jones in that St John dedications tend to be found in areas of 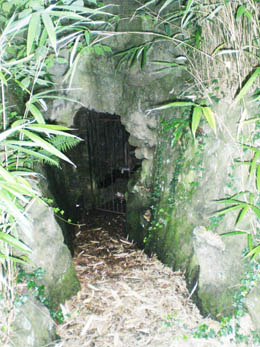 ancient woodland, wood-pasture and forest areas of hunting and gathering such as Malvern.[3] This suggests that the well was celebrated much ealier than written records imply, being dedicated when the region was part of the medieval Royal Forest.

By the 1850s Pomona Place had become Elizabeth and Ann Clinnick's ladies' boarding school. Lamb in the 1840s records Pomona House as a school for the board and education for young ladies by the Misses Clinnick. They are named Elizabeth and Ann in Directories of that era.[4] By 1855 Edward Lucy a lodging house keeper is in residence according to Billings Directory. Miss Annie Viggy was the resident in 1873 but shortly afterwards the entries in Directories cease and it is assumed that it was replaced by extensions to Davenham about 1880. One can speculate that as the public accessibility to this well dedicated to St John, declined in the 19th century the saint was usurped by the Ellerslie Fountain where a tablet bearing the biblical quotation from St John 4 13-14 was mounted.(see location 91).


Davenham Bank was built in 1857-8 to designs by E W Elmslie based on the medieval Cluny Museum in Paris. One window was identically replicated while other features were adapted to suit a domestic residence. In April 1904 there was a serious fire here; thousands of pounds of damage were caused and the whole of the North wing was destroyed. The rebuilding was to designs by the Birmingham architect William Henman who preferred fifteenth century Gothic features, which are most noticeable in the window tracery. The huge wrought iron railings and gates at the entrance to Davenham are early twentieth century in the Art Nouveau style. Interwoven in the panels are roses, thistles, lily heads, grapes and acorns. Notice also the iron lamp holders. The late nineteenth century lodge has a carved dragon peering over the top of the roof tiles. There is also an interesting sunken water garden and grotto in the grounds. 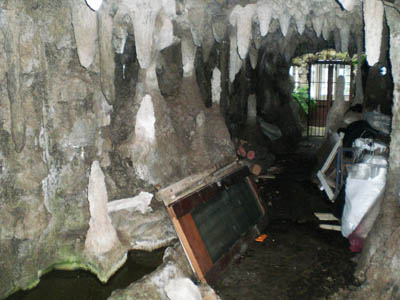 The water feature in the grounds today ,with its nearby underground grotto, are the last vestiges of this once celebrated water source. Today we see the remains of a late Victorian fernery together with a tufa-coated tunnel that runs beneath the road, connecting the two parts of the estate. These garden features date from the first decade of the 20th century when Charles Dyson-Perrins had James Pulham and Son of Broxbourne landscape the grounds. This famous company in 1909 then went on to carry out landscaping at Charles Dyson-Perrins' Ardross Castle in Ross-shire, Scotland. [5]

To discover more about the Pulhamite legacy at Davenham click the rock smasher left.

The best-known resident of Davenham was Charles William Dyson Perrins (1864 -1958) of Worcester Sauce fame. He came to live here as a small boy. This kind, philanthropic gentleman gave financial assistance to many major public projects in Malvern, notably to the library, Holy Trinity Church, the hospital, and Dyson Perrins Church of England Secondary School. He gave Â£10,000 towards the building of the latter, which was opened in 1959 and named after its benefactor. Worcester, Oxford and Winchester also benefited from his munificence.

Perhaps the most famous visitor here attended a garden party in 1910. For the occasion a small orchestra was provided by a neighbour, Miss Hilda Fitton, who invited her old friend Sir Edward Elgar to conduct! In 1958 Perrins' second wife, Frieda, gave Davenham to the Friends of the Elderly, a national charity which provided residential homes for the 'gentle poor'; Davenham still maintains this role.

1. Perrins Well Head.
2. The water garden, last vestiges of this once celebrated St John's Well.
3. Access steps down to the underground grotto.
4. The grotto tunnel with stalactites, stalagmites and mystic pool, still in good condition in spite of being used as a store for miscellaneous debris.
5. Davenham from Malvern Link common. 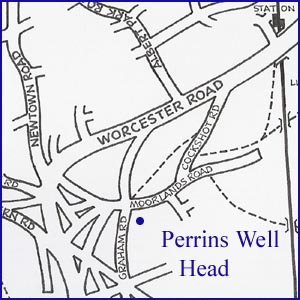 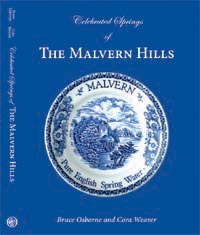 To order a copy, send a cheque payable to Cora Weaver for the sum of £15.00. This includes package and postage UK. Do not forget to enclose your own details. If you would like it signed by the authors please indicate.
Cora Weaver, 4 Hall Green, Malvern, Worcs. WR14 3QX  United Kingdom.
Alternatively click 'Malvern Bookshop' on the menu upper left to go to Cora's Great Malvern Bookshop. You will find Celebrated Springs of the Malvern Hills on the Malvern shelf where you can order through our bookshop.